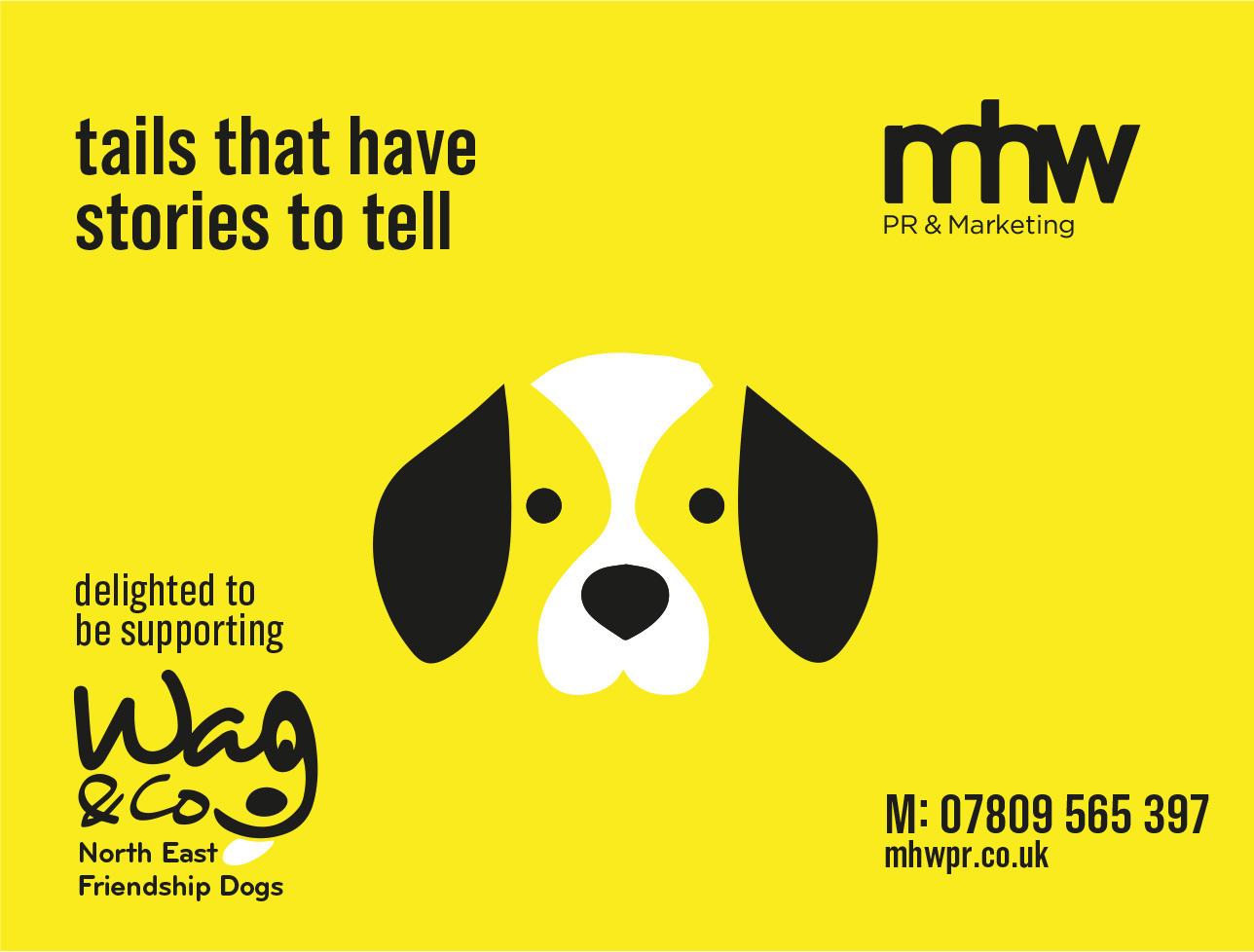 MWH PR choose Wag & Company as their Charity to mark their 20th Anniversary!

We’re absolutely delighted to have been chosen by the team at MWH PR to mark their 20th Anniversary!

We’ve been selected by Wayne and the team at MHW PR & Marketing as their chosen charity to mark their 20th Anniversary! Such a brilliant opportunity for us, thank you so much to everyone at MHW PR ✨

Here’s their own announcement!

To mark our 20th anniversary we’re delighted to announce that Wag & Company is our chosen charity to support during the next 3 months.

Wag & Co is a fabulous charity, ending loneliness for older dog lovers across the North East. Wag enables dog owners to safely share their pet and befriend elderly dog-loving neighbours, who can’t have dogs of their own anymore.

The charity, led by chair and founder Diane Morton, has more than 400 volunteers matched to North East people or establishments. The team has big ambitions for this charity and MHW is delighted to partner and support Wag, helping with PR and marketing.

Rather than make a big hullabaloo about our anniversary we decided to reach out and offer a consultancy service – for free – to a local charity that supports vulnerable people or animal welfare.

Diane said: “We are absolutely delighted to have been chosen by Wayne and the team at MHW. Their professional support is such a precious gift for Wag & Company particularly at this stage in our development whilst we are navigating the challenges presented by Covid-19, replacing our usual physical befriending and fundraising too with virtual activities.”