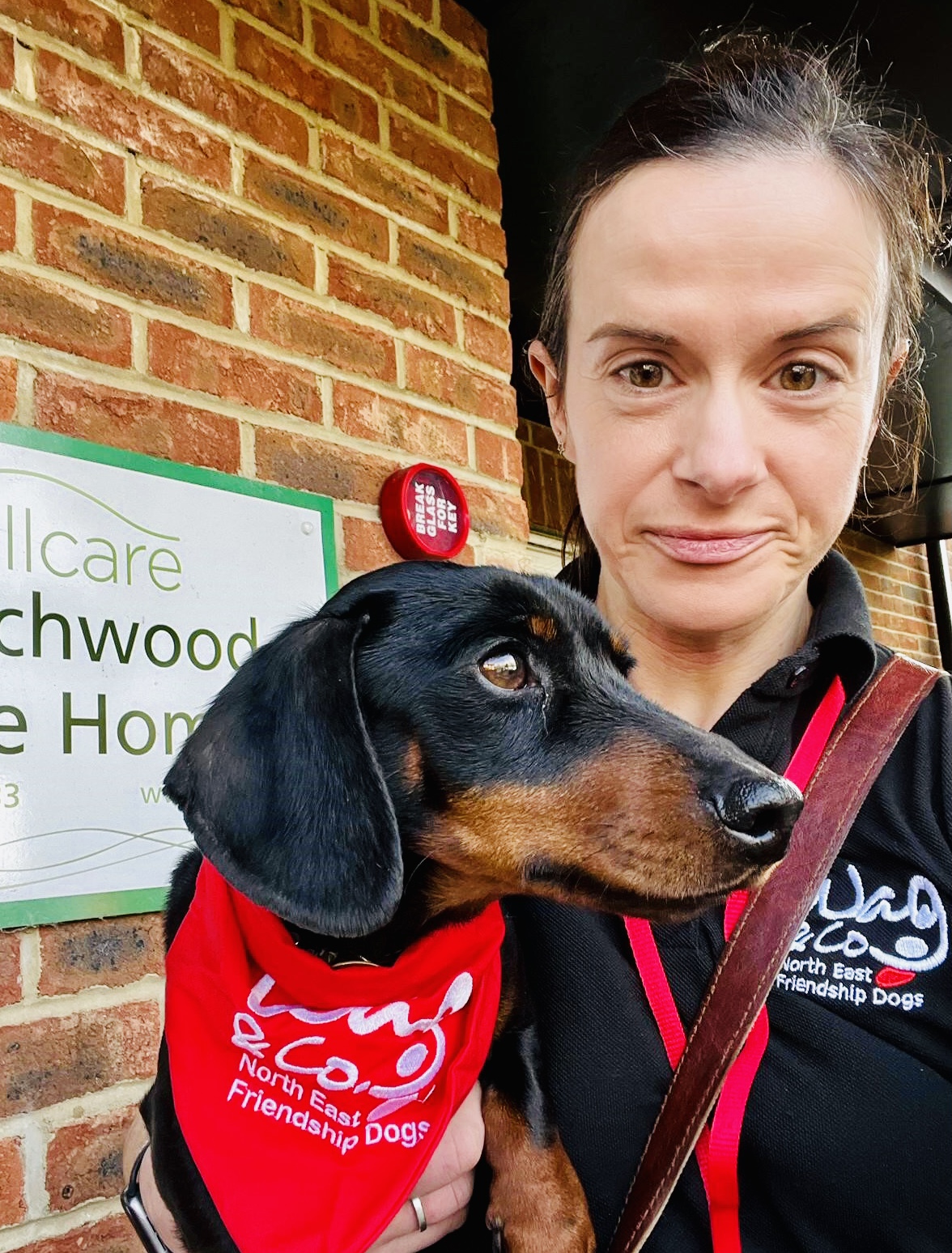 Volunteer Profile, this is Jess..

A few years ago I read an article in a newspaper about a charity that took dogs to visit care homes and also made home visits to people who are no longer able to care for a dog of their own.

I had never heard of this before and the story really captured my heart.

Pets bring so much joy into so our lives, their companionship and the mutual love is a privilege we can often take for granted.   The thought of not being able to take care of my pet anymore was very sobering, and the realisation that this happens to many already lonely people was something that had (until now) never crossed my mind.

I read more about the charity and realised that they are all volunteers with their own pet dogs and I immediately wanted to be part of it with our dog, Frank.

Frank has been with us since he was a puppy, and with two young children in the house he is brilliantly socialised, and of course, he’s used to being the centre of attention.    I can also see how much he enriches my girls’ lives and connects people too,  I have honestly met more of my neighbours since having Frank,  people who might ordinarily be shy but warm to you when you have a dog.  The simple happiness of a dog really does put a smile on your face.

Fast forward to now, and following a few assessments (which he/we passed with flying colours) Frank and I are regular visitors to Beechwood care home in Northallerton.

Frank is a miniature dachshund and he is a total hit with the residents.   I often joke that he’s only there for the custard creams, but really I think he knows that he is there to spread a bit of cheer.

He’s small enough to sit on peoples laps or perch on the less mobile residents’ beds, which people find delightful and they love to give him a stroke. (and if he’s lucky, a bite of their Rich Tea biscuit).  There’s something so comforting about stroking a pet so I really feel this means a lot.

Many of them open up to me about their own dogs and their past lives and although tinged with a touch of sadness, it’s lovely to hear their stories – some of them are hilarious!

We’ve got to know a few of the residents well over the last few months and some of them remember Frank and look forward to his visits.   What really gets me is that, even in the nursing patients, who are in more advanced stages of dementia, they barely register me, but their eyes lock onto Frank and their faces absolutely light up.     It’s then that I know he’s touched someone’s heart, however briefly, and that is just wonderful.

I always knew that dogs were good for people’s souls, but this has really proven to me just how valuable a connection with an animal really is, fleeting as it maybe.

It’s brilliant to be able to share Frank and to help combat loneliness, just a little..